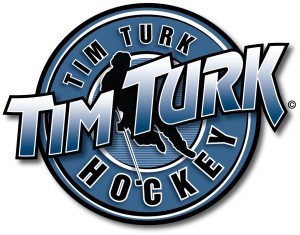 Cutting Edge is excited to announce that we will be holding a series of shooting and scoring clinics with NHL shooting coach Tim Turk.

Tim Turk has been an NHL level skills and shooting coach since 2001. Tim has worked with many NHL organizations including the Montreal Canadiens, Tampa Bay Lightning, Carolina Hurricanes and Edmonton Oilers.

Tim has also worked with many international federations including Russia, Sweden, Switzerland and Latvia.

The clinics will be held on Saturday mornings from 10-12 pm starting on Saturday, January 6 and Saturday, February 10.

Registration is limited so please sign up early to avoid disappointment.  Cutting Edge will be accepting both single day and full program registrations.

Tim Turk has been an NHL level skills and shooting coach since 2001.

Tim has worked with many NHL organization including the Montreal Canadiens, Tampa Bay Lightning, Carolina Hurricanes and Edmonton Oilers.

Tim has trained many of the NHL’s best goal scorers including Connor McDavid, Alex Ovechkin, PK Subban and Steven Stamkos.

Tim has also worked with many international federations including Russia, Sweden, Switzerland and Latvia.

Here are some of the skills that you will be taught:

“Tim’s scientific approach to teaching players how to shoot goes far beyond what a coach at any level has the time or knowledge to do. This includes players from Novice thru Pro. I have seen 1st hand how amazed pros are at what Tim has to offer. Any player who wants to score more goals needs to spend time with Tim. You will be amazed at what you didn’t know about the art of shooting!”

We offer a variety of formats with our Tim Turk trained and certified instructors for you to participate in:

Private & Small Group Sessions The individual sessions that are offered by Tim Turk Hockey at Cutting Edge are the most personal and comprehensive shooting instruction you can get on ice today! Our instructors will customize the training program to meet the individual needs or all participants with the program progressing in a logical format.

Camps & Clinics Tim Turk Hockey offers many camps and clinics throughout the year. Holiday, March Break and Summer Camps are offered regularly, and can be attended on a weekly or drop in basis.

Team Development Bring the entire team in for training to keep the cost per player down. Our instructors will work in conjunction with the team coaching staff to design a training program that will allow each player to master the proper shooting mechanics and help them learn to score more goals than they have previously.

Contact Us to check availability and book your session 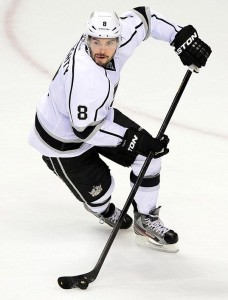 Cutting Edge’s modern defenseman training program is designed to enhance the technical and tactical abilities of defensemen of any age, ability and gender.

Important individual tactical skills such as gap control, angling, using the stick to take away passing and shooting lanes and understanding how to limit time and space will also be emphasized.

Specific tactical situations such as 1 on 1’s, 2 on 1’s, net front coverage and effective penalty killing strategies will also be incorporated into this program.

Contact Us to check availability and book your session