Several long-time students of the Ron Mays Goaltending School have gone on to play NCAA, OHL and Pro hockey including: 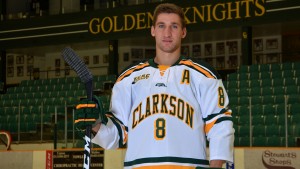 A native of MIssissauga, Ontario, Perry played his minor hockey with the GTHL’s Mississauga Senators before moving on to a successful junior hockey career in the OJHL and North American Hockey League.

From there, Perry earned a scholarship to NCAA Division 1 Clarkson University where he was one of the team’s captains in his final season.

After graduating from Clarkson, Perry embarked on a successful 4 year pro hockey career in North America and Europe.

As an instructor, Perry was a Head Instructor at the Impact Hockey School in Toronto during the off-seasons from 2012-2018 and comes to Cutting Edge from the Zone Training Centre in Guelph where he was Head Instructor for the past 18 months.

A highly intelligent individual who is a true student of the game, Perry is well regraded for his ability to help players develop the foundational skills of skating, puck handling, passing and shooting while also learning to transfer those skills from practice to games. 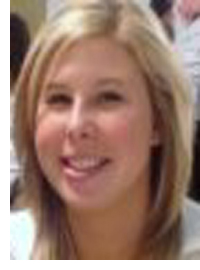 Between 2002 – 2006 Samantha competed in the Senior division for both Team USA (Team Élan) and Team Canada (Nexxice and Ice Image).  Samantha medaled in several international competitions in France, Italy, Canada, and throughout the United States.

In 2006 she became a member of Nexxice Senior and fulfilled a lifelong dream of competing at the Senior World Championships in Prague Czech Republic.  With a decade of competitive synchronized skating experience, Samantha earned U.S and Canadian national medals at the Juvenile, Novice, Open and Senior level.

Samantha has four years coaching experience and is NCCP Skate Canada Canskate certified coach with plans to continue on with her Level 1 this upcoming season.  Samantha holds a Bachelor’s degree in Recreation and Leisure Studies with a focus in Therapeutic Recreation from Brock University.